Since using Codeivate I have been more curious about additional languages and code implementation.  I like to look at what other users are coding in - which exposes me to new things I haven't heard about.  This morning it was YAML, or "YAML Ain't a Markup Language".

It looks like a bunch of properties tabbed.  That's why YAML is really popular for configuration settings. 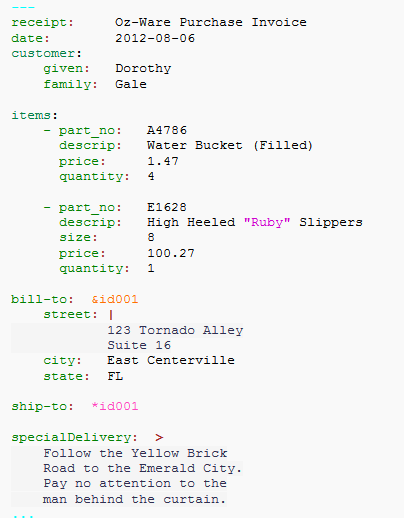